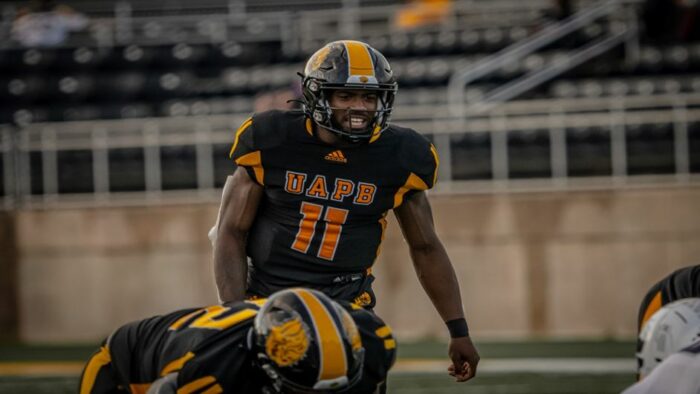 Syncere Jones recovered a fumble and returned the ball 54 yards for a touchdown as Arkansas-Pine Bluff (2-0) built a 52-3 halftime lead. Johness Davis, Kierstan Rogers and Johnny Williams each had touchdown runs as the Golden Lions scored on the first seven of their eight possessions in the first half.