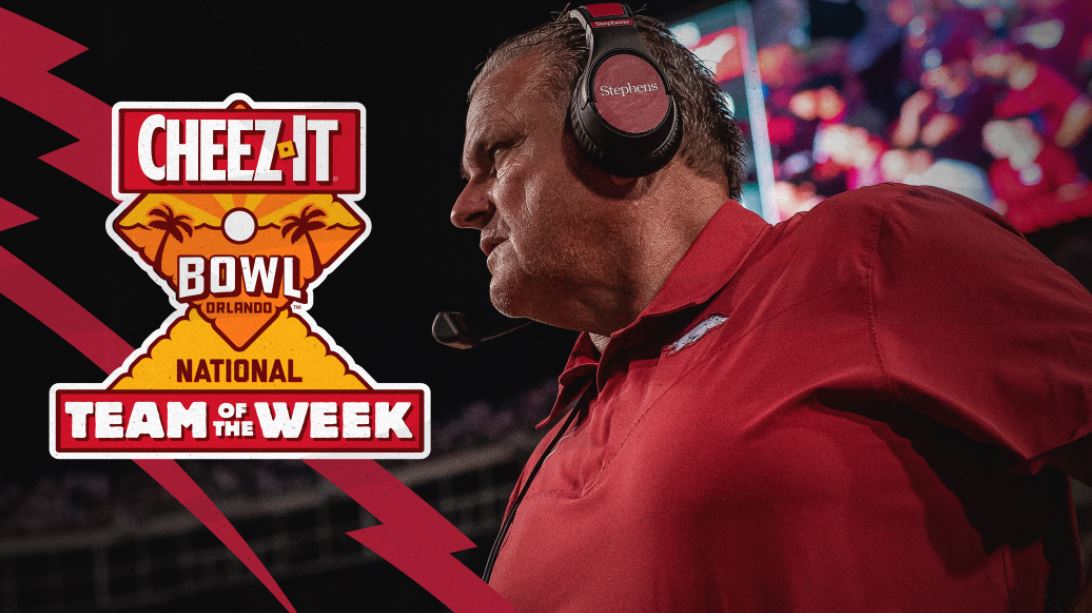 FAYETTEVILLE, Ark. – The undefeated and nationally ranked Razorbacks are also the Cheez-It Bowl National Team of the Week.

The Football Writers Association of America handed out its top weekly award to Arkansas following the team’s 40-21 thrashing of rival Texas over the weekend. The Hogs, unranked at the time, pitched a first-half shutout and ran for 333 yards with four touchdowns in the win, dominating the nationally ranked Longhorns from start to finish.

Arkansas’ strong showing catapulted the team into college football’s national polls for the first time since 2016. The Razorbacks cracked both The Associated Press poll and USA Today’s Coaches poll at No. 20 and No. 24, respectively.

The FWAA’s National Team of the Week, created as part of the Grantland Rice Super 16 Poll in 2002, has been awarded each week during the regular season by various committees that have included members of the FWAA All-America Committee, the association’s board of directors and its past presidents. Each honored team receives a custom Cheez-It “care package” along with a hand-crafted game ball made in America by Dallas-based Big Game USA.

For Arkansas, this marks the fourth time the program has earned this distinction and the first time since the 2016 season.