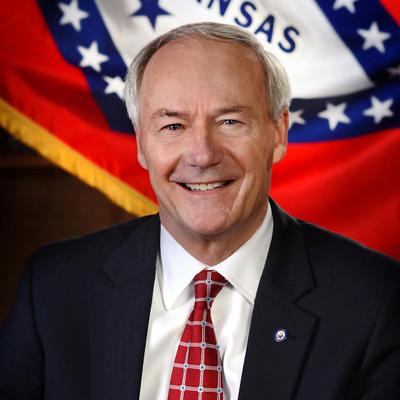 LITTLE ROCK, Ark. (AP) — Arkansas Gov Asa Hutchinson urged lawmakers Tuesday to not “retreat” from the state’s coronavirus safety measures and to enact hate crimes legislation as he delivered a State of the State address 11 months into the pandemic.

The Republican governor called on the majority-GOP legislature to support the emergency declaration he’s issued in response to the virus. Under the declaration, which is set to expire next month, the state has issued several restrictions such as a mask mandate.

“Now is not the time to withdraw from the battle. We must not be faint of heart,” Hutchinson said. “We must keep fighting and not call for retreat as some would advocate.”

Hutchinson has faced pushback from some Republicans, including by a group of lawmakers who sued to invalidate the state’s virus restrictions. Some lawmakers have proposed scaling back the restrictions or the governor’s emergency powers.

Hutchinson also urged lawmakers to approve legislation imposing additional penalties for targeting someone because of several factors, including their race, religion or sexual identity. Arkansas is one of three states without a hate crimes law.

“Let’s not be the last to enact it,” Hutchinson said. “Let’s lead and do what is important for so many.”