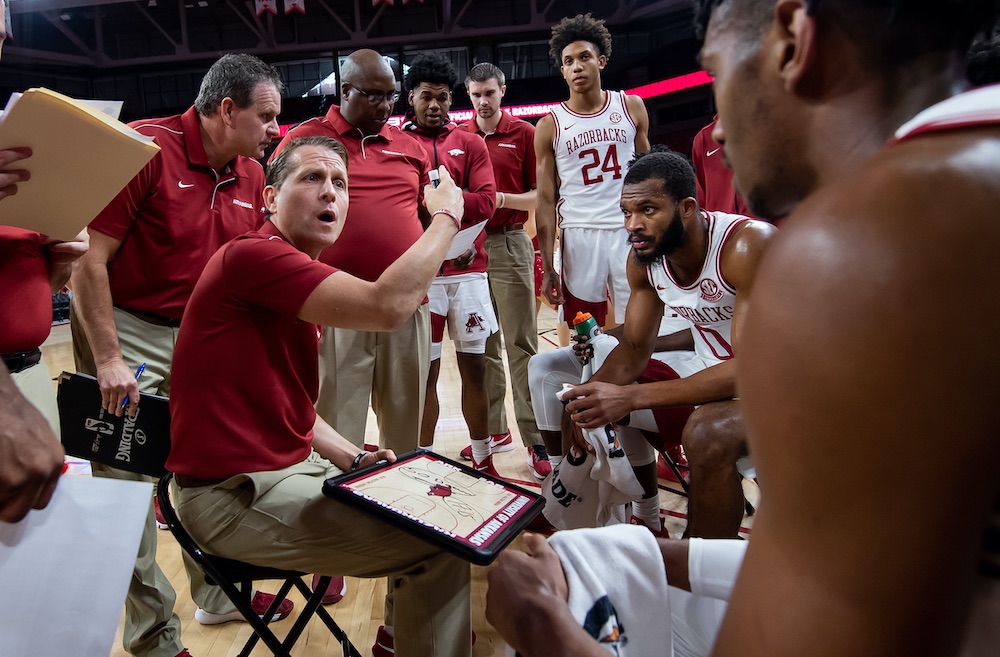 TALE OF TWO ROSTERS: Arkansas has depended on senior leadership this year while Auburn has been fueled heavily by freshmen. For the Razorbacks, seniors Moses Moody, Justin Smith, JD Notae and Jalen Tate have collectively accounted for 59 percent of the team’s scoring, including 63 percent of all points over its last five. On the other bench, freshmen Justin Powell, Allen Flanigan and JT Thor have collectively accounted for 47 percent of Auburn’s scoring this season and 50 percent of the team’s points over its last five games.

MIGHTY MOSES: Moody has connected on 41.7 percent of the 36 3-pointers he’s attempted and has gone 7 for 16 over the last three games. He’s also converted 79.1 percent of his foul shots this season.

STREAK STATS: Auburn has won its last four home games, scoring an average of 78.5 points while giving up 59.5.

PASSING FOR POINTS: The Razorbacks have recently used assists to create baskets more often than the Tigers. Auburn has an assist on 45 of 81 field goals (55.6 percent) across its past three matchups while Arkansas has assists on 55 of 98 field goals (56.1 percent) during its past three games.

DID YOU KNOW: Auburn has made 9.6 3-pointers per game as a team this year, which is second-best among SEC teams.