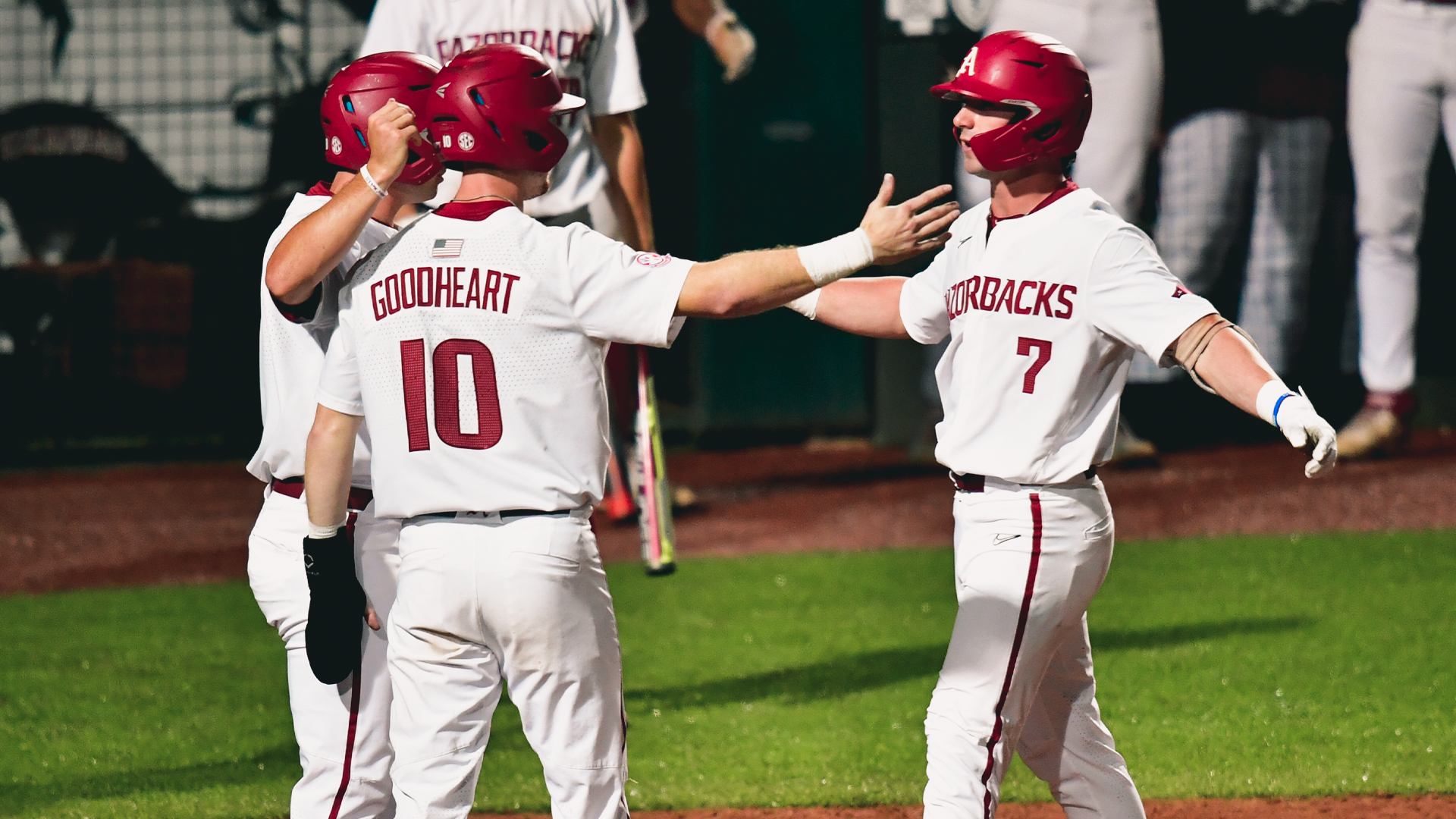 FAYETTEVILLE, Ark. – The SEC West belongs to the Razorbacks.

No. 1 Arkansas clinched at least a share of the division title Thursday night, downing No. 9 Florida, 6-1, in front of 11,084 fans at Baum-Walker Stadium. The Hogs, now 40-10 overall and 20-8 in SEC play, will clinch the division outright with one more win or one Mississippi State loss this weekend.

Patrick Wicklander turned in one of the best starts of his career in Thursday night’s win. The left-hander twirled six innings of one-run ball, striking out a career-best 11 while allowing only three hits and a walk.

Wicklander struck out the side in his final inning of work, finishing off his dominant night with a thunderous ovation from the largest crowd at Baum-Walker Stadium this season.

While the Gators jumped out to an early 1-0 lead with a solo home run in the top of the second, the Hogs had plenty of run support on the way. Casey Opitz, who had three hits and two RBI on the night, tied the game at one in the bottom of the fourth, driving home Christian Franklin with a two-out single to right.

Cayden Wallace’s first of two home runs came one inning later. The true freshman went to the opposite field, sneaking a solo shot down the line and over the wall in right to put Arkansas up, 2-1.

Wallace’s second homer of the night was the knockout punch. With two runners on and two out in the bottom of the eighth, the Greenbrier, Ark., native launched a no-doubter down the line and over the foul pole in left.

His 12th home run of the year, tying him with Matt Goodheart and Robert Moore for the team lead, gave the Razorbacks a five-run advantage it would not relinquish with Kevin Kopps on the mound.

Kopps, who took over in relief of Wicklander, tossed three no-hit innings with five strikeouts to close out the game. The nation’s most dominant pitcher lowered his ERA for the year to 0.76 and earned his eighth save of the season while locking down Arkansas’ division-clinching win.

The Hogs will go for their 10th consecutive SEC series win tomorrow, looking to become only the second SEC team in history to win all its conference series in a season. First pitch in Friday’s contest is set for 7 p.m. on the SEC Network with Dave Neal (play-by-play) and Kyle Peterson (analyst) on the call.