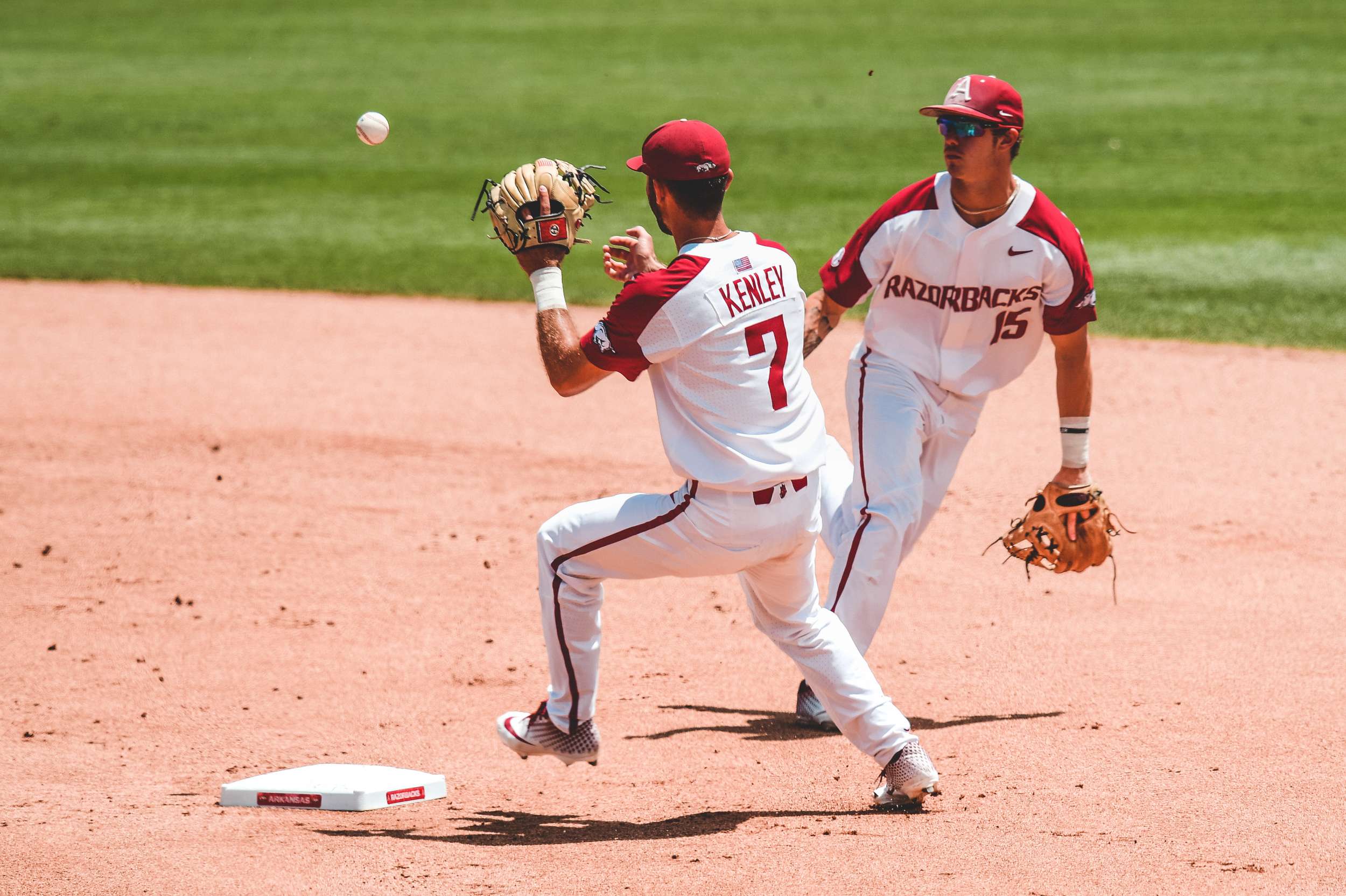 FAYETTEVILLE, Ark. –  The fifth-seeded Arkansas Razorbacks had an offensive explosion Saturday in their first game of the NCAA Super Regional, as they beat 12-seed Ole Miss, 11-2, behind 11 hits, three home runs and four players with multi-hit performances.

With the victory, the Razorbacks take a 1-0 lead in the best-of-three series with game two scheduled for Sunday at 2 p.m. (CT) on ESPNU. A win on Sunday would give Arkansas its 10th trip to the College World Series in program history.

Arkansas (45-17) jumped on Ole Miss starter Will Etheridge for four runs in the first and two runs in the second, allowing Razorback starter Isaiah Campbell to work with a big lead. The Hogs ended up chasing Etheridge in the fourth after he put two runners on by a hit by pitch and a single. Those two runners later scored on Matt Goodheart’s three-run blast to left-center, making Etheridge responsible for eight runs, six being earned.

The 11-2 victory is Arkansas’ second largest postseason victory in the last three years and the third-most runs ever scored in a super regional. It’s also the Razorbacks largest victory over Ole Miss since an 11-1 win in 2014.

Saturday’s game was played in front of 11,350 fans, the largest postseason paid attendance in Baum-Walker Stadium history and sixth-most all time. It’s the fourth-straight postseason game that the attendance has topped 10,000 or more.