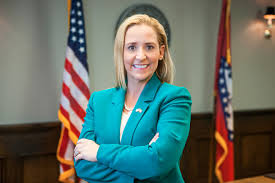 Arkansas Attorney General Leslie Rutledge and the Arkansas Public Service Commission have opened  investigations into Liberty Utilities which provides water to the City of Pine Bluff because of low water pressure and, by the companies own admission more than 100 water leaks found so far.

On Wednesday, Rutledge was interviewed on Deltaplex Radio and was asked what she was trying to accomplish.

Rutledge said she became aware of the problems after getting phone calls and text messages and said she has been in contact with city and county officials, as well as officials from Liberty Utilities. She was asked how her investigation would differ from the one conducted by the Public Service Commission.

Here the entire interview from 7:15 Wednesday morning on Oldies 101.3 below.