The Arizona Diamondbacks announced on Thursday that they have finalized a $3 million, one-year deal with relief pitcher Héctor Rondón, Rondón gets a $2.5 million salary next season and the deal includes a team option for 2021 with a $500,000 buyout. He could potentially get a base salary of $4 million in 2021 which could escalate to $5 million depending on how many games he finished on the mound.

The 31-year-old right-hander is a seven-year veteran who helped the Chicago Cubs win the World Series in 2016. He pitched last season for Houston and had a 3.71 ERA over 62 appearances, including one start, as the Astros advanced to the World Series before losing to Washington.

Rondón has experience as a closer and could be used in that role in Arizona,  “I would not say anything is set,” Arizona GM Mike Hazen said. “I would hope that everyone comes in ready to compete. I think there’s probably still some opportunity for competition and we have a lot of good young pitchers pushing up who are looking for opportunity to take roles.” 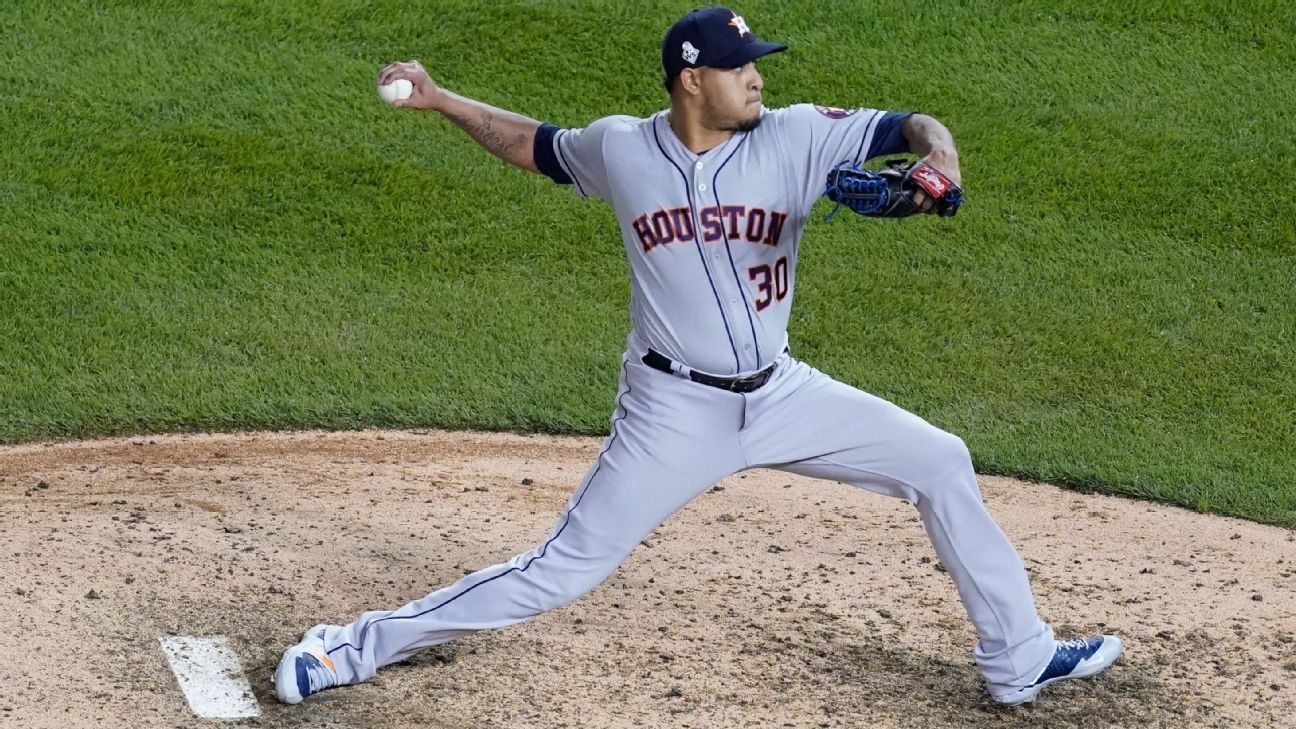