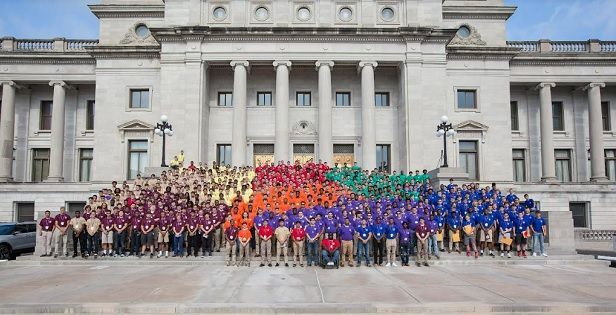 Area students were nominated to represent their community and school at Arkansas Boys State 2022, an immersive leadership and civic engagement experience sponsored by the American Legion, according to a Boys State news release.

The following students from Ashley, Bradley, Chicot, Cleveland, Desha, and Drew counties will join more than 475 young men attending the program’s 81st session at the University of Central Arkansas in Conway from May 29 to June 3.

Arkansas Boys State is a legacy program that has produced remarkable local, state, national and international leaders,” said Lloyd Jackson, executive director of Arkansas Boys State. “That these students were nominated to attend speaks volumes to their character, pursuit of excellence, and desire to make their community stronger.”

During their week at Arkansas Boys State, students will be assigned a political party, city, and county. Throughout the week, they will administer, from the ground up, a mock government as if it were real: run for office, draft and pass legislation, solve municipal challenges, and engage constituents, according to the news release.

“We like to say that Arkansas Boys State is a week that shapes a lifetime, and our tens of thousands of alumni can attest to that,” said Jackson. “We’re thrilled that these outstanding students are joining us and will experience this once-in-a-lifetime opportunity.”

Students at Arkansas Boys State will be guided through their experience by more than 50 volunteers who serve the program. The staff of volunteers includes college students and career professionals with interests and expertise in education, finance, industry, politics and government, journalism, and more.

The week’s activities, including keynote speakers, general assemblies, and election speeches, will be streamed live by Arkansas PBS on their Arkansas Citizens Access Network: