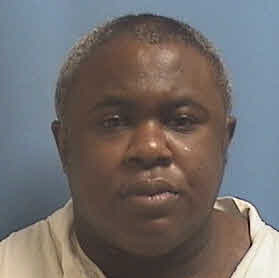 A 40-year-old Dew County man serving a prison sentence on a drug related charge failed to convince the Arkansas Court of Appeals that he was wrongly convicted.

McKenzie Kory Martin was sentenced as an habitual offender to 35-years in prison after he was convicted in 2020 of possession of more than 10 grams but less than 200 grams of methamphetamine, a Class B felony.

Martin contended on appeal that prosecutors failed to prove that there was at least 10 grams of methamphetamine in his possession.

Trial testimony indicated Martin was a passenger in a car stopped by Monticello Police on June 5, 2020 and was arrested on an active warrant. After Martin was taken to jail, he was asked by Monticello Officer Chris Owen if he had anything on him.

Martin pulled out his sweatpants and underwear and Owen saw something white under Martin’s testicles. Martin was taken to the shower room so he could be properly searched, and a struggle ensued and by the time Martin was subdued and handcuffed, the white substance had fallen to the floor.

That substance was swept up and with debris from the floor and sent to the State rime Laboratory where the substance tested positive for methamphetamine and weighed 53.0213 grams.

At Martin’s trial, Owen testified to the circumstances that resulted in the charge and Amanda Blox, a chemist at the Crime Lab testified that she weighed the off-white substance with small debris and said the substance tested positive for methamphetamine.

Martin’s attorney sought a directed verdict of not guilty, contending prosecutors had failed to prove their case but that was denied, and Martin appealed.

Writing for the Court of Appeals, Judge Waymond Brown it was up to the jury to decide if the methamphetamine weighed at least 10 grams which they did.

Martin will be eligible to apply for parole in 2026.