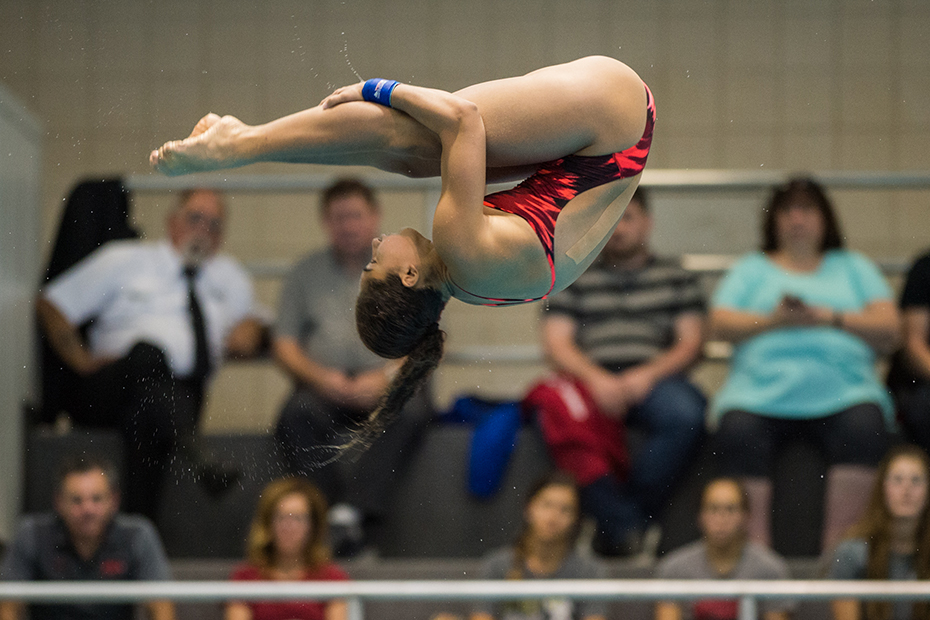 Arkansas diver Maha Amer opened up her busy 2019 FINA World Championships on Friday in Gwangju, Korea with a 28th place finish in the 1-meter springboard competition.

Amer was in 22nd place after her second dive of the day scored 46.80 but slipped to 33rd after her fourth dive. She bounced back nicely with a 45.60 in her fifth and final dive to put her back into the top 30.

The opening day of the FINA World Championships featured men’s and women’s 1-meter springboard diving as the first of three events for Amer for her native Egypt. She’ll compete on Wednesday alongside fellow Razorback Brooke Schultz in the 3-meter springboard before wrapping up her week as part of the Egyptian’s 3-meter mixed synchro team.