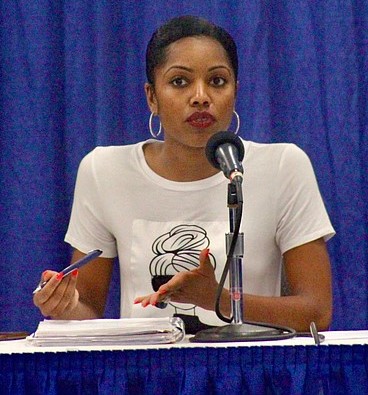 Appearing on the Oldies 1013 morning show, Joni Alexander said there are things about the proposed ordinance she doesn’t necessarily agree with, including a section that says the Mayor appoints the members of the commission without council approval.

Asked by morning show host Greg Horne who says a council member is better than the Mayor in deciding who to appoint, Alexander said council approval makes the selection process appear fairer.

As the ordinance is written, it provides for a board of five people to be in charge of projects for both the Convention Center and the hotel.