An Alabama man who told police he was trying to feed his family when he was arrested for robbery Monday.

Andrew Singleton, 33, was taken into custody after he allegedly pushed two Wal Mart employees who tried to stop him and two other people from leaving the business. 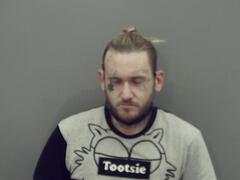 Police located Singleton on the parking lot of the store and when he was interviewed, he said he panicked when the two employees tried to stop him and might have pushed them when he tried to get away.

Conrad said Singleton had no significant prior criminal history and at his request, Jefferson County District Judge Kim Bridgforth released Singleton on his own recognizance and appointed the public defender’s office to represent him.