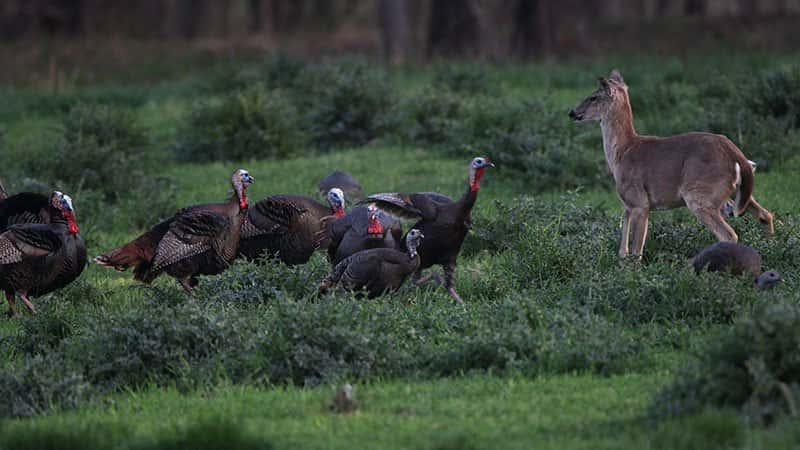 LITTLE ROCK — Biologists with the Arkansas Game and Fish Commission are seeking public input on the current revision to Arkansas’s Strategic Wild Turkey Management Plan. The plan was last reviewed in 2012, and this revision will be scheduled for formal review again in 10 years to adapt to changing needs in Arkansas’ turkey flock and conditions on the landscape.

The plan was drafted by the agency’s turkey program coordinator, Jeremy Wood, with considerable input from the agency’s Turkey Team, a collection of biologists and enforcement personnel as well as Doug Osbourne, Ph.D. from the University of Arkansas Monticello and Jeremy Everitts, District Biologist with the National Wild Turkey Federation in Arkansas.

“We began in late 2018 and have been busy reviewing and revising the previous plan for the last year,” Wood said. “The revised plan is built on a strong foundation from previous versions, but there are substantial changes to some sections.”

With renewed perspective, it is important to highlight how some of the regulation changes in the last 20 years have affected the total harvest each year. Harvest today can no longer be directly compared to harvest numbers during the early 2000s.

“We now have a ‘no jakes’ rule for adults, for instance,” Wood said. “During our record harvest years, jakes made up 25 percent or more of the overall harvest annually. Now they make up four percent or less of the overall seasonal harvest. That by itself would show a dramatic reduction in total birds checked by hunters that was caused by regulations to protect next year’s flock.”

Wood says two components of the plan, which are included in the appendices, also will be revised in the coming year.

“Sections on wild turkey population management and habitat improvement guidelines for managers are being worked on, but we anticipate this plan being more dynamic than previous versions,” Wood said. “The Turkey Team will meet every two to three years to determine any new priorities based on the changing landscape and evolving science regarding wild turkeys in Arkansas.”

The draft of the plan and a public comment survey are available at www.agfc.com/turkeyplan.

Friends who have attended every Super Bowl plan last trip

Beijing 2022 Olympics: Tickets won’t be sold to public due to COVID-19