Aerosmith’s Joe Perry is conscious after being hospitalized following a performance with Billy Joel at Madison Square Garden in New York City on Saturday, November 10. Perry’s manager, Paul Geary, said “He had just walked off stage after performing with Billy Joel, and immediately complained of shortness of breath. The in-house EMTs connected an oxygen tank and decided to take him to the hospital. He’s awake and alert this morning.” Perry, 68, collapsed in his dressing room. The site reports that paramedics worked on Perry for 40 minutes before placing him on a stretcher and rushing him to the hospital. Joel, 69, who had just finished playing “Walk This Way” with Perry, reportedly remained on stage unaware of his stagemate’s condition. 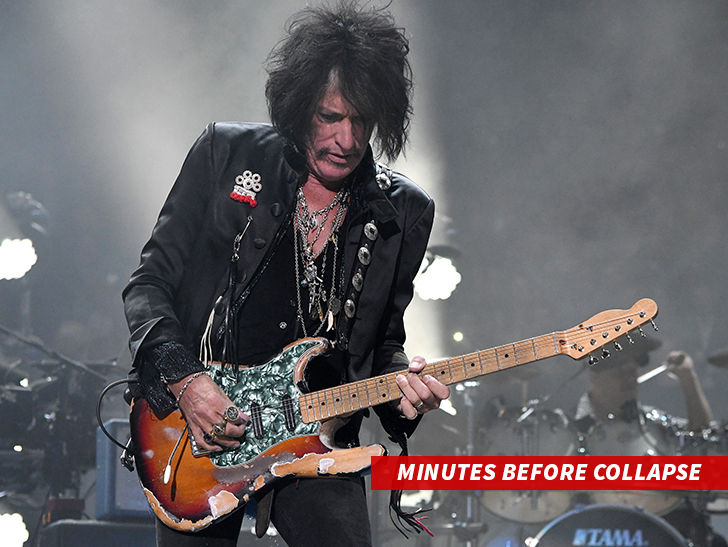