Junior setter Britney Sahlmann (shown in photo) finished with a game-high 42 assists and added 21 digs to go along with three kills while freshman teammate Haley Gomez also finished with a double-double and produced 13 kills and 22 digs in the victory. 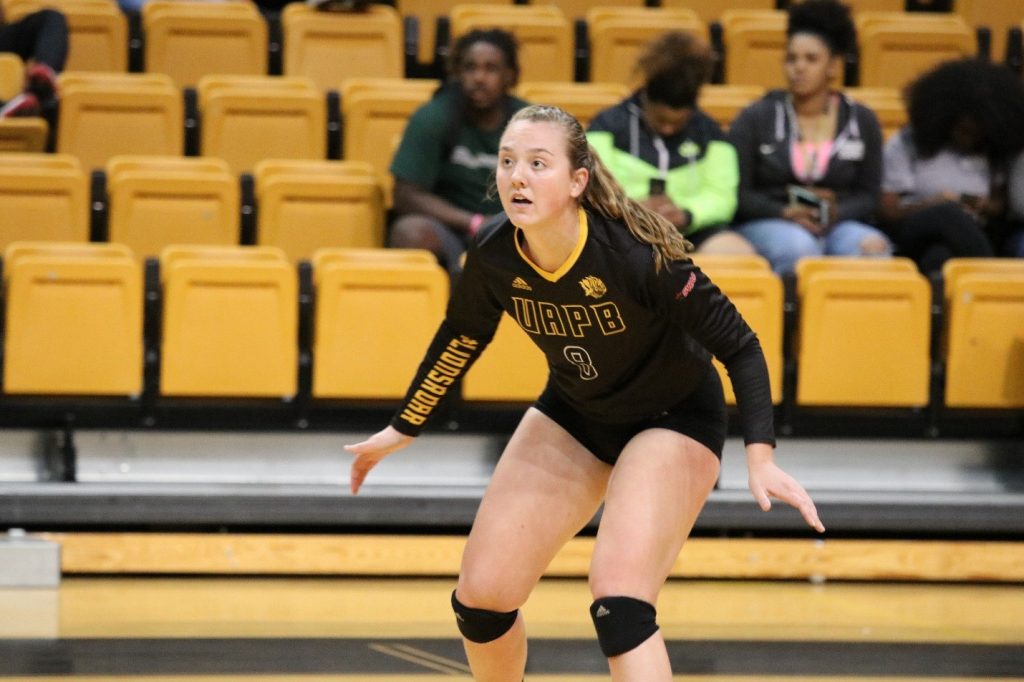 Junior outside hitter Kendalle Howard was the third Lady Lions player to produce a double-double and played marvelous on both offense and defense, finishing with a game-high 21 kills and also added 22 digs.

“It was ugly but it was a win,” said Lady Lions Head Coach Dustin Sahlmann.