Customs agents have seized the biggest shipment of cocaine recovered at the ports of New York and New Jersey in 25 years.

U.S. Customs and Border Protection says 3,200 pounds of the drug in 60 packages were seized at Port New York/Newark on Feb. 28. The street value is estimated at about $77 million. It’s the biggest cocaine seizure at the ports since 1994. A customs spokesman says the container was recovered from a ship that originated in South America.

Capt. Jason Tama, Captain of the Port of New York and New Jersey, and commander Sector New York said: “successes such as this seizure are a testament to the importance of our partnerships and our ability to work together to keep our ports and our communities safe.”

Customs officers turned the drugs over to federal Homeland Security officials for investigation. 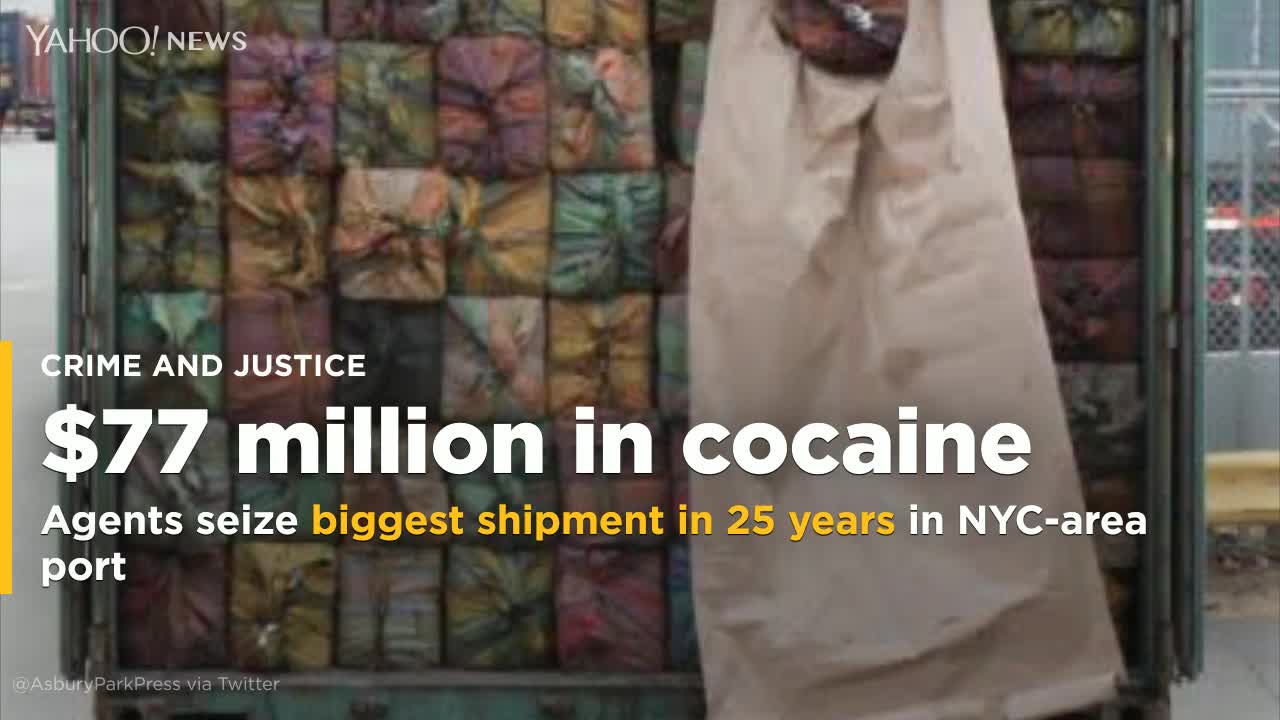 Over 55 million Americans at risk for flash flooding this weekend

Over 30 kilograms of cocaine worth $1.2M wash ashore during turtle nesting survey at Cape Canaveral