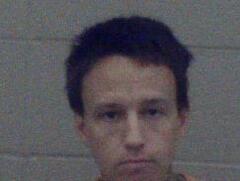 A White Hall man who alleged broke into a parked RV Wednesday will have to post a $5,500 cash only bond to be released form the adult detention center after a court hearing Thursday.

Deputy Prosecutor Mircha King told the court that on Tuesday, police responded to 2700 Commerce Circle where the victim reported seeing a man entering a storage unit.

King said Whalen has two open cases in First Division Circuit Court and the Public Defender’s Office was appointed to represent him.