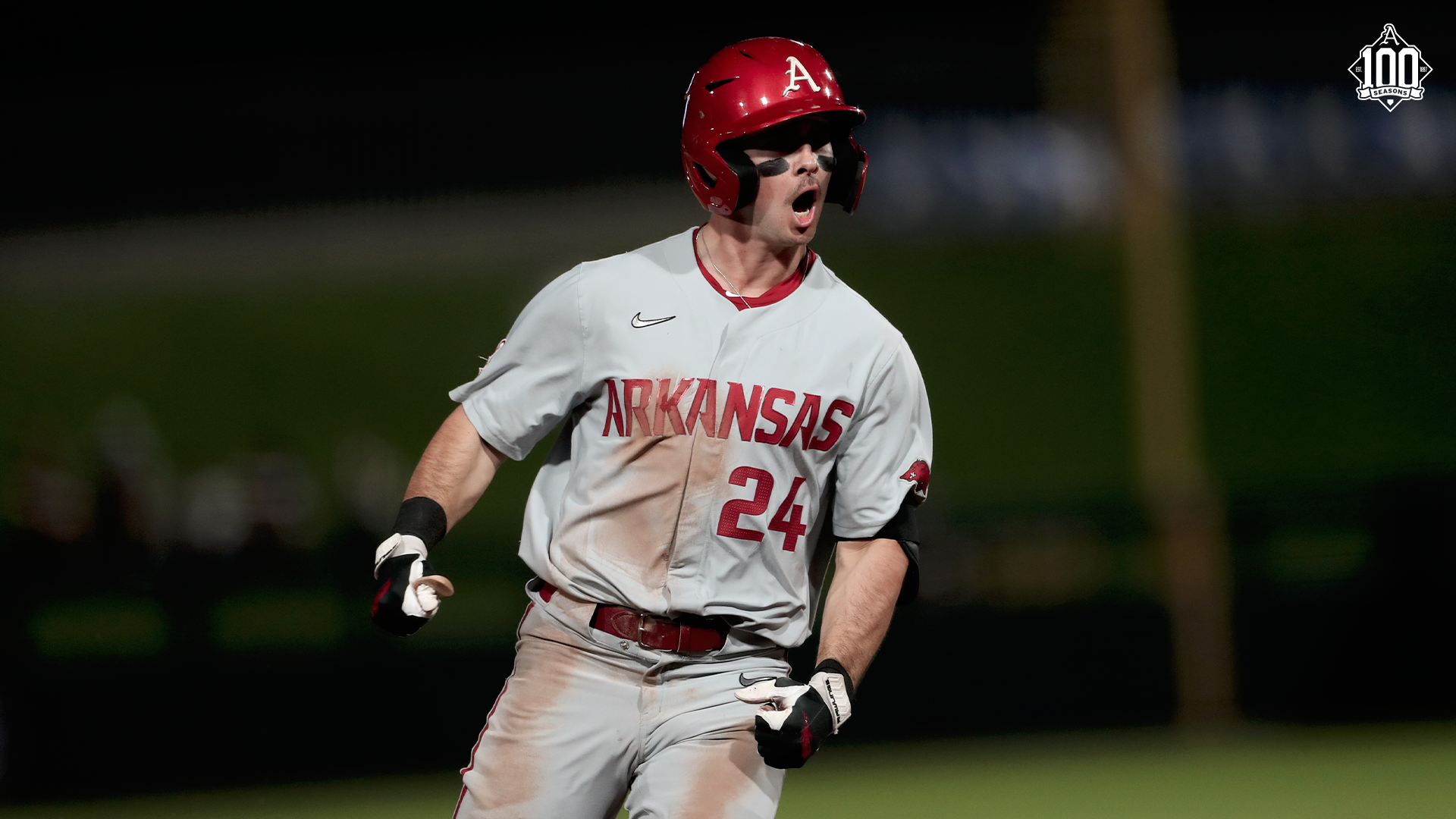 No. 2 Arkansas rode a seven shut out inning, seven strike out performance by Conner Nolan to a 8-1 opening series victory over Florida last night in Gainesville.

Arkansas would strike first in the third inning on a Michael Turner single that scored Cayden Wallace. The Hogs would waist no time striking again in the fourth inning with an RBI single by Wallace. Chris Lanzilli blasted a solo homerun in the top of the sixth, before the Hogs sealed the deal scoring five runs in the ninth inning.