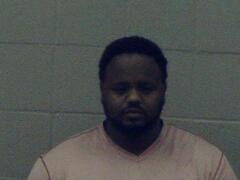 A North Little Rock man was arrested Friday after he was seen getting out of vehicle that had been reported stolen.

Pine Bluff District Judge John Kearney set a $15,000 bond for Manning after ruling prosecutors have probable cause to charge him with theft by receiving. He said he would hire his own attorney.