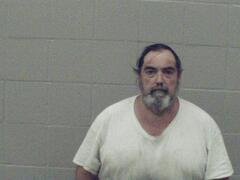 A $15,000 bond was set Thursday for a White Hall man accused of breaking into a building in late July.

Pine Bluff District Judge John Kearney set the bond after ruling prosecutors have probable cause to charge Jerry Dougan, 53, with breaking or entering.

Reading from a probable cause affidavit from Detective Tamina Smith, Deputy Prosecutor Beth Carson said on July 29 at 3 a.m., offices responded to North Linden Street in response to a reported burglary.

Carson said the property owner uploaded photos of the suspects on social media and was contacted by an officer from the Parole and Probation Office. They said he knew one of the suspects.

Smith reported that when Dougan was interviewed, he said he was with a man he knew only as “Stretch” who had told him the building was abandoned and empty.

He also said he did not take anything from the building.

Carson said Dougan had prior convictions in Pulaski and Calhoun Counties. He was told to come back to court on Aug. 26.