A $15,000 bond was set Monday for a Pine Bluff man accused of making threats to kill another person. 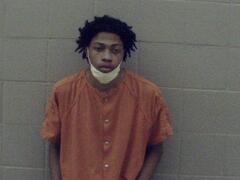 Deputy Prosecutor MIrcha King told the court what led to Boston being arrested.

Boston was ordered to have no contact with the victims and to come back to court Dec. 6. He said he would hire his own attorney.